The Food and Agriculture Organization of the United Nations recently released livestock slaughter data for 2017, as summarised in the table below. 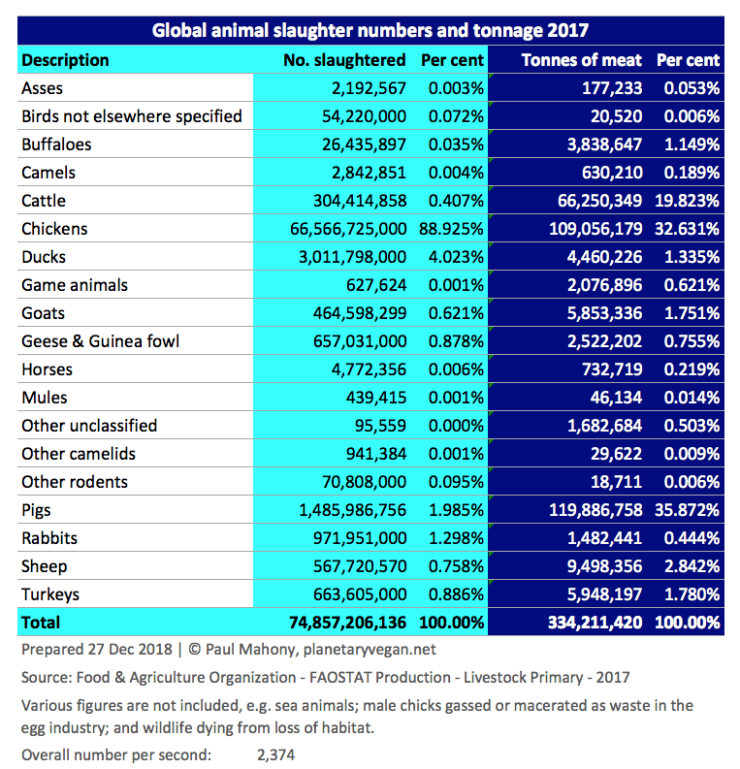 The following chart shows trends since records began in 1961.

The numbers are horrific and mind numbing, including the overall slaughter rate of 2,374 animals per second.

Perhaps the only aspect that could be considered remotely pleasing is the fact that the growth in slaughter numbers and meat production has slowed.

In terms of numbers, chickens are far and away the most tortured animal on the planet. They are slaughtered at a rate 45 times that of the nearest mammal, and suffer through all the cruelty that is part of the “production” process from birth till death.

Increasing awareness about the effect of animal-based food consumption on human and planetary health, and on the animals themselves, may be starting to have a favourable impact. However, that trend may be offset to some extent by increasing wealth in many developing nations, with a related increase in meat consumption.

Further details will follow, but in the meantime earlier charts and tables for various countries can be found on this site’s infographics page.